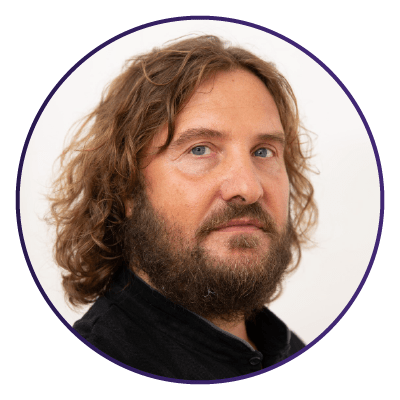 Nicolas Sadirac has a passion for learning sciences, a gift passed down by his mother. He is a pioneer of "active pedagogy" in France. Building on the finding that "learning by doing" is a source of satisfaction, leading in turn to notably improved student performance, in 1999 he launched Epitech, a new kind of school. Under his leadership, it established itself as the prime computer sciences school in France. After experimenting with multiple learning methods within Epitech, he successfully launched web@cademie in 2011, a youth-orientated program with no requirements of prior knowledge or diplomas.

Shunning the standard educational model, considered as self-centered, impervious to issues affecting students issues and unable to detect and promote talents in the field of digital technology, Nicolas Sadirac came to realize that this model needed to be turned upside down, and implementing a new learning philosophy was the way to detect and promote talents from all backgrounds, while meeting with current economic realities.

This led him to establish the 42 school in 2013 with french entrepreneur Xavier Niel. This unique school, operating without professors, is open to students between 18 and 35, and doesn't require any diploma or previous knowledge of computing science. Its peer-based pedagogy encourages diversity and confrontation of ideas, and develops skills such as openness, responsibility, autonomy, collaboration ability, co-creativity, innovation, entrepreneurship, etc. To sum it up, 42 trains high-level computer engineers who are much more than mere holders of a standard knowledge.

For five years, Nicolas Sadirac ran and developed 42 and its offshoots with internationally acclaimed success. Along the line, he accumulated contacts and experience sharing, and came to realize that going even further was possible, and that the human element is the essence of digital transformation rather than technology by itself. Hence the need to focus on the human element, and in particular to encourage creativity in all shape or form, by establishing a benevolent environment.

Armed with the belief that coding and computer programming skills are strategic and rare resources and that the youth's enthusiasm for the digital economy—which provides formidable leverage for the future of people and countries, calls for ambitious efforts, Nicolas Sadirac launched 01 Edu System in August 2018. This new undertaking aims to promote throughout the world, on a wider scale, the very same recognized peer-learning methods and programs designed to train creative software engineers.

To this end, he has re-developed 01 Edu System, a new learning platform, more open, offering greater versatility, using modern technology, designed to be adaptable to a wide range of projects, aimed at both young people and professionals seeking digital conversion.

The objective is to facilitate the implementation of these innovative methods within Zone 01 schools, in partnership with private or public actors sharing the same philosophy of benevolence.

Nicolas Sadirac holds a bachelor's degree from the University of California (UCLA - 1986) and a master's degree in physics from Stanford University (1989). He graduated in systems, network and safety engineering at EPITA in 1992 and ran the systems, network and safety department of the school from 1995 to 1999. He also holds an MBA from HEC (2011)